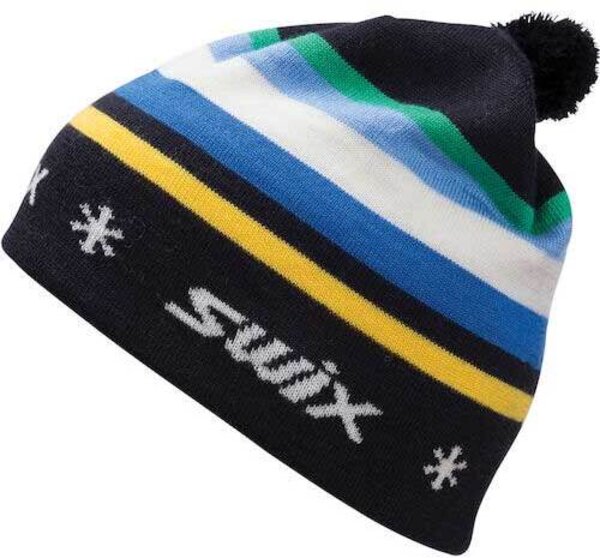 Swix originally launched the Gunde ski hat in 1974 as a clever marketing strategy, with colored rings to match the hues of Swix's ski waxes. Today, Swix's wax line-up has expanded, but the Gunde beanie still sports the original tones and is now one of the most recognizable hats in the Nordic ski industry. Named after its biggest fan, six-time Olympic medalist cross-country skier, Gunde Svan, this Swix beanie is a crowd-pleaser.