We've got all your street trials bike questions answered

Street trials is a fun discipline of trials riding and and we stock tons of great models and brands here at WebCyclery in Bend, Oregon. If you're curious about this cool type of riding, read this over this article and see if you should jump into the action! 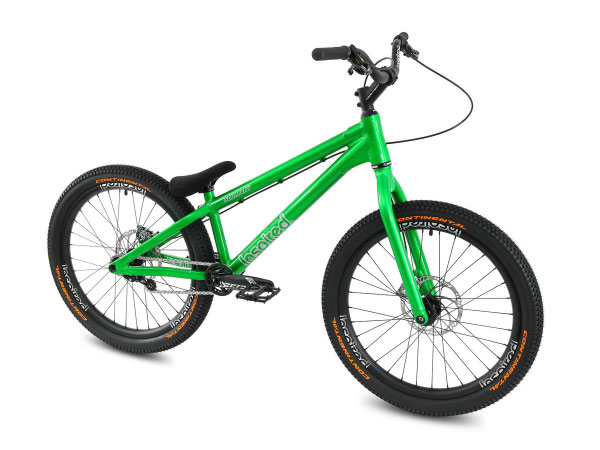 What is a street trials bike?

Street trials bikes are basically a cross between trials and BMX bikes and have less extreme geometry so they feel a little more like a normal bike than the pure trials bikes. Learn more about the overall sport of trials riding here.

Street trials bikes are shorter (making them easier to spin) and typically have a lower bottom bracket (making them more stable on two wheels). They are relatively easy to bunnyhop and manual and are great for flowy street style riding and spins.

The history of street trials bikes

Riders have been blending aspects of trials riding with street and BMX styles nearly as long as trials bikes have been around. The sport of street trials started to evolve into its own distinct form of riding in the mid to late 2000s. Around this time, trials bike and mountain bike technology and geometries began to be refined to become more distinct from one another.

Until then, many trials bikes were simply just small mountain bikes with a few altered components. And many mountain bike geometries weren't all that different from the few trials-specific bikes that existed. But as newer techniques and street trials moves were progressing, riders needed bikes with more progressive geometry that were designed for this new style.

In 2007 Inspired Bicycles released the first dedicated street trials bike, the Fourplay, and the street trials genre of bikes was born. 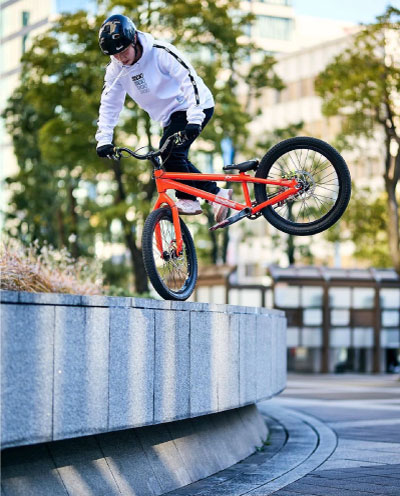 What are street trials bikes good for?

The way street trials bikes are designed results in a great deal of versatility, which is one of the reasons they are popular with riders from many different backgrounds.

They are fun all-around bikes that are great for the pumptrack, street riding, cruising around the neighborhood with the kids, a bit of dirt jumping, trials riding and anything in between.

This versatility also makes them a great first choice for riders who want to dip their toes into trials riding but aren't quite sure which type of bike to get.

How to choose the best street trials bike wheel size

Choosing a wheel size by height
For optimum comfort on the bike, we usually recommend 26" wheels for tall riders over 6'2" or so. For riders under 5'7", we would probably recommend 22" or 24" wheels. Riders in between those tall and short ends of the spectrum can comfortably ride 24" or 26" wheels. A good thing to keep in mind as well is that different length stems and bar combinations can also be used to customize the fit and feel for any size bike and/or rider.

Choosing a wheel size by riding style
Riding background can also play an important role in your decision. A rider coming from a mountain bike background might feel more comfortable on bigger wheels while someone who rides BMX might prefer smaller wheels. If you plan on doing more flowy street riding or like to spend time in the skate park, then 24" wheels may be a good fit. If you want to do a bit of trail riding or plan on riding mostly rocks and natural terrain, then 26" wheels might be a good way to go.

Here are some of the top street trials bikes and brands in the industry right now. Explore the options and head to the catalog to learn more about these sweet rides! 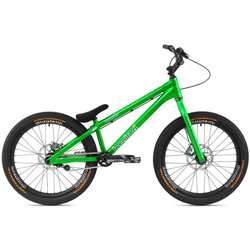 Inspired bikes out of the UK like the Inspired Fourplay have been integral in the progression of street trials. 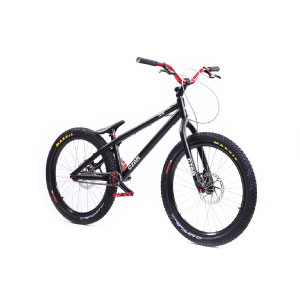 Czar is an Echo brand, and the Czar Ion is another popular and highly versatile street trials model that riders love. 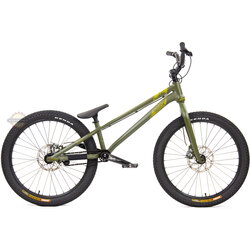 Crewkerz is a trials company based in France and their Guilty model has hopped the pond and made a splash over here in the states. 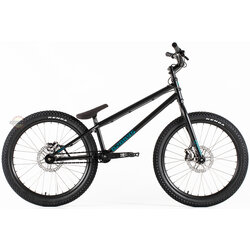 Ozonys makes killer street trials bikes and the Crown model is their most popular.