The idea of skiing is to glide on snow. Skis that don’t glide require more energy to make them move, they are also harder to turn and just not much fun. So, keeping the bases fast is important.

The glide-factor is influenced by laws of physics and chemistry. Not all snow crystals are created equal. Cold snow crystals are hard, like sand, and the friction between the snow and the base often prevents glide. Warm, wet snow provides lots of moisture that creates suction. Ever put two wet glass surfaces together? They want to stick together, suction. So the reason for waxing is to adjust the ski base to deal with the type of snow you find on the trail.

Although friction that occurs between the ski base and snow is generally understood as a single entity, it is more accurately described as a sum of four components:

Wax companies have done a ton of research on wax and the temps printed on the package are the best guide.

OK, what about cold snow? It is winter you know. With cold snow, you don’t get that thin water layer. What you get is snow that is like sand, hard and the crystals are sharp little devils that try to grab soft ski bases. It is like skiing down an 80-grit slope. What you want to do is harden the base with hard wax. The chemical industry figured out how to add synthetic hydrocarbons to harden the basic paraffin waxes. These, when carefully melted into the ski base, reduce the friction factor.

What is all this FLUORO talk?

In the late 1980s Gino Solda was hanging out with the yachting crowd and they were telling him about the use of fluorocarbon coating on boats because it was hydrophobic (repels water, makes them faster). He then asked the chemists at SOLDA to start experimenting with fluorocarbons in the waxes. Other companies got the word and Swix came out with the first commercial Fluorocarbon ski wax around 1988. 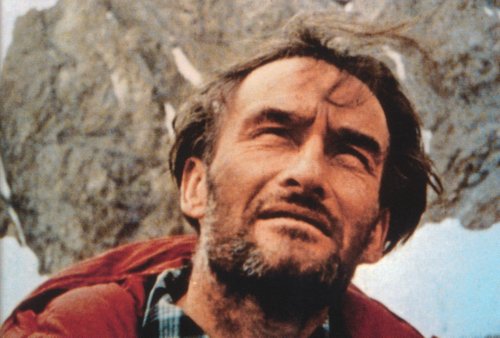 Gino’s smart guys figured out how to bond the fluorocarbon to hydrocarbon waxes and the rest is history. The higher the humidity and available water in the snow, the more you want fluoros in the wax. This helps repel the moisture created by the heat of friction between the snow and the ski. When snow is not too cold (32 down to 21) the ski glides on a thin layer of water. So, more moisture, more fluoro. SOLDA numbers preceded by F indicate a fluorocarbon additive in the wax. Higher number, more fluoro.

How to Identify the Wax Type

Choose by snow type
To choose the right wax you need to know the temperature of the snow, the air, the humidity and the age of the snow (age determines the shape of the crystals; like us, old snow crystals are rounder, less sharp). You need to know if the snow is dirty. Fluorocarbon additives not only repel water, they also repel dirt and last longer than hydrocarbon waxes.

You can guess at most of this. Look at the air temp. In the morning the snow will be just a bit warmer. In the afternoon, the snow will be just a bit colder. Squeeze a snowball. If it stays together, there is plenty of available moisture.If the snowball is powdery and falls apart it is dry. Look at the snow crystals on your glove. You can see if they are new, pointy crystals or rounded, transformed crystals. Not rocket science. Then look at the wax box. It will tell you what the wax is good for. Luckily, there is a lot of overlap of temperature ranges that makes hitting the wax easier.

Want To See The Break Down?

SOLDA HC
SOLDA HC waxes are hydrocarbon waxes. No fluoros. They are inexpensive and, for most people, they work fine to keep ski bases from oxidizing and getting slow. Remember warm temps-warm color wax.

UF7
UF7 is a universal low fluoro wax that runs most of the time in a wide temperature range.

F15
F15 waxes have a bit more fluoro additive than UF7. These are great race waxes in dry conditions.

F31
F31 waxes have more fluoro still and used in humidity conditions of 70-90%. These are good bases for the fluoro powders. Fluoros like to bond to fluoros.

S20 and S30
S20 and S30 are synthetic cold waxes. They harden bases and provide anti-static properties. Static electricity is a problem in dry, cold snow.

Fluoro powders
Fluoro powders are a separate breed of wax. Like SOLDA wax, Swix uses the same basic color scheme. Swix is the largest maker of wax. It is a Norwegian company. Swix CH waxes are inexpensive hydrocarbon waxes. CH10 is warm and CH4 is cold. Numbers go down as temps go down. Makes sense. Swix has an LF (low fluoro) wax line that is much like the SOLDA F15 series. Swix HF (high fluoro) is equivalent to SOLDA F31. Swix also has a fluoro line called Cera F series. These are in powders, blocks and liquids.

Toko waxes
Toko waxes are made in Switzerland. They are also good products and follow the warm to cold colors. They have hydrocarbon, low and high fluoro lines. They use a molybdenum additive to deal with static build up on cold, dry snow. SOLDA uses graphite to do much the same thing.

How To Wax Skis

How To Apply to Your Skis (Carefully!)

Start with a clean base. This can be achieved by first brushing the bases with a brass or medium steel brush. It gets the old wax out of the structure.

Select your wax and set the iron temperature. Most wax packages have a suggested iron temp on the back. If the iron is smoking it is too hot. Hot irons damage ski bases. Hold the wax against the iron and drip hot wax onto the ski base. Then spread the wax with the iron moving it from tip to tale. Keep the iron moving taking about 30 sec to go down the length of the ski. The ski should feel warm, but he wax should solidify right behind the iron. After one pass do this again and further smooth the wax. Set the ski aside and coat the other one with wax (unless you ski on only one ski). It is a good idea to scrape the wax from the groove of the ski (grooves if it is a Rossi) while it is still warm.

Now it is time to scrape the wax off. That’s right, put it on then scrape it off. You want the base of the ski to run on the snow, not a thick coat of wax. The wax is used to harden or soften the base to deal with the crystal, moisture and friction. Use a plexiglass scraper to remove most of the wax from the base. Hold the scraper with two hands, index fingers on top, thumbs on the back, facing you and second fingers on the bottom corners. Use smooth, overlapping strokes to remove most of the wax.

Now finish the job by brushing the bases. Start with stiff bristle brush of steel or nylon or brass. Then go with softer brushes until you have achieved a nice shiny surface with the structure of the ski visible and no wax glopps (technical term) on the base.

You are now ready to have a blast on wicked fast boards. Leave your friends in the dust. They will think you have huge skills (great for your ego) and lots of people will think you are super smart. Just re-read this page every day and then make up answers to their questions. Remember they are asking and so they know less than you do.

There's No Such Thing as a Waxless Ski

There are people who have been led to a misconception about recreational classic skis that have a “fish-scale” kick zone. These skis are slow anyway and if the glide zones of the bases are let unwaxed they are basically long, narrow snowshoes. These skis need to be waxed so they glide along in the track.

Gliding on snow is what skiing is all about, remember? So the general“waxless” ski owner wants a no hassle morning of skiing. There is wax for these situations. SOLDA makes a good, inexpensive Hydrocarbon Paste. It smells, looks and goes on like shoe polish. The foam applicator is in the can. The user wipes this paste on the glide zones, lets it dry a couple minutes while making sure the kids are not running around in the parking lot and polishes the wax with a lint free rag we all carry with us. (Could be done at home 10 minutes before leaving.)

This is easy and when the snow is not too cold, it works for a while. The wax will not last as long as hot waxing, but is a lot less work and no special tools are required. SOLDA also makes Ski Oil that works much the same way. There is a Cold Ski Oil and a Warm Ski Oil. This can also be applied to the kick zone of the “waxless” skis so there is not so much resistance to gliding, but the scales still engage and provide kick. So, now I guess we have wax all over the “waxless skis”. Bad name.

Waxers need waxing tools. Brushes are important. We have a nifty brush display. There is an explanation for the use of each brush on the board. Brushing is one of the most important parts of ski waxing.

Irons for clothes are for clothes, not for skis. Waxing irons have thick heat plates, sensitive thermostats and no holes that let wax into the body of the iron. They may seem costly, but if you just put out $800-$1000 for a new ski package it makes no sense to ruin it all with at cheap iron from Goodwill. I have nothing against Goodwill. I shop for most of my clothing there.

Plexiglass scrapers are used for removing most wax from the bases. They are made by all the wax companies and are pretty simple tools. Keeping them sharp is another lesson.

Groover tools are like pens and look good in a plastic pocket protectors.They are used for removing wax from the groove of the ski.

That is wax in a nut-shell. Any questions?