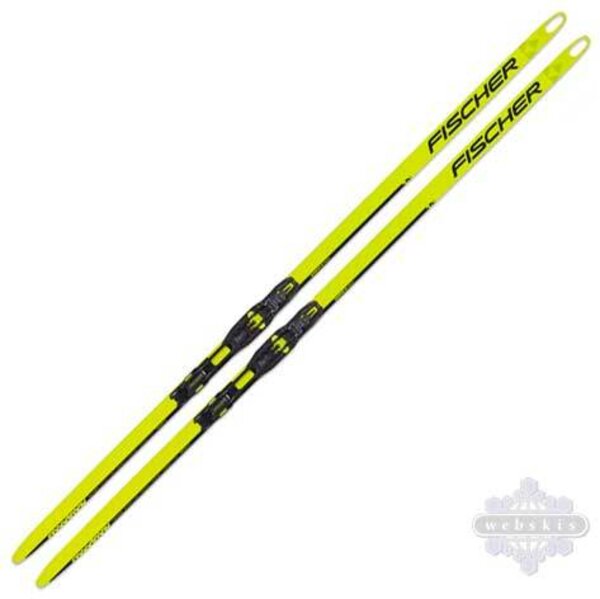 Designed for use in soft snow conditions thanks to pressure relief at the ski tip and tail: The Speedmax 3D Skate 61K with the new lower and shorter tip construction for minimum swingweight and highest agility. Built with all the key Speedmax features including Gliding Sidewalls to reduce friction, and Cold Base Bonding, a process that applies the base without heat and pressure for optimal wax absorption and grindability. This model carries the Fischer RACE CODE designation confirming the ski is built to World Cup standards.

Only the finish line will limit your speed.
Sometimes history is decided by a hundredth of a second or a few millimeters. With this in mind, the Fischer product team designed Speedmax skis, boots, and poles with cutting-edge materials and construction for minimal weight and maximum speed. The Fischer RACE CODE seal is your assurance that Speedmax products are built to World Cup standards.